A downloadable game for Windows and macOS

Visitor Center is a lovingly crafted "cover" of the first-person interiors from Jurassic Park on the SNES. Although updated for modern playability, it captures the spirit and challenge of the original 1993 game.

As a short-form game, it focuses on the central interior of the original: the Visitor Center. You must escape the maze-like Visitor Center while surviving dinosaurs.

An adventure 24 years in the making! Spared no expense!

Best played with a gamepad, but keyboard also works.

I played all the way through this (I got all but one dino apparently.) Fantastic. As someone who still loves the original SNES game, this is great. A few cool notes about this.

1) even though you can see clearly, have a good frame rate, and can strafe, it is still spooky because you have limited ammo and the dinos can see you around corners before you can see them.

2) the fact you can carry multiple ammo types, actually makes the original's hint of "different ammo works best for different dinos" actually a real gameplay mechanic; in the original, you just get rockets (and max them out since you can just leave an interior and they respawn, allowing for easy farming.) but here the ammo is actually limited, and it's actually a bit of a puzzle to figure out what dinos work best with which ammo. I barely scraped by even after figuring out shotgun works best on dilos, and rockets on raptors (I think.)

3) the fact you cannot save creates a classic old-school challenge and makes the game scarier. if this had been on NES like this, I'd likely still consider it as spooky as Friday the 13th or Maniac Mansion, both of which were similarly unforgiving in a good way.

If this were ever expanded to add the other interiors, with interlocking accessibility (keycards, computer hints like "Power Controls Can Be Accessed in Nublar Utility Shed", etc.), I'd play through the whole game. Even if you just made a menu list at a front door to click which building to go to, with no overworld, it'd still be fantastic. This experience has made it pretty clear the heart of the SNES JP game was the interconnected 1st person interiors, and while the exteriors were fun, if I had to choose between a game with just interior or just exterior, the interiors win easily.

This is like a good resident evil game. all the principles are there and apparently always were, which this version has revealed in full light.

As far as tweaks, this is almost perfect.  I'd add one of those "directional damage" indicators, since sometimes I could not tell if I was being attacked by a raptor in front of me or a second one behind me since the lack of 3D makes it hard to tell when the raptor is "touching" the hero. I wish I could toggle a goggles vignette for a narrower view, as well as toggling a "flashlight" mode where the game is in darkness until i turn on the power or something, for extra spookiness. I almost wish this were like Daggerfall Unity, ie moddable, as I'd happily make and add in 3d models of the wall tiles, dinos, props, etc. in a weekend if that were possible since I've gotten fast at modeling basic low poly stuff in Blender anyway. May not be possible if this really is like a Mode7 or pseudo 3d experience, but if it is and you want to add a "3d models option" now, years after its release, hit me up on twitter.

As it stands, this is fantastic and actually quite a good small game that really captures the feeling of the original and is actually better from a mechanical standpoint considering the ammo strategizing I mentioned early. it's like a survival horror experience.

ADDED AFTER A SECOND PLAYTHROUGH (got all dinos this time):

the game was much easier once I realized I had been wasting ammo. unlike in the original game, rockets and shells don't stack beyond 8. and each refill gives you 8. so I was over here getting a rocket pickup when I had 6 rockets, thereby wasting 6 of them. wait till you are low or run out before picking up more, to get more ammo. an optional mode to have them stack up to... what.. 32? like the original game, would be cool. or an option to have the pickup show on the floor how many remain in that stack on the ground. same for health kits.

I'd make the door windows tranparent and like broken glass. then it would explain how enemies can see and projectile attack you through those windows, and you'd be able to see a bit so it would feel more fair. but a mode to have them classic like they currently are, would retain challenge and should be included as well.

why did this game scare me?

I love that it looks exactly in the style of wolfenstien3D and early doom games! good job!i love it! 10/10

First of all, congratulations on such a fun game, I had a blast. I know I might be coming late to the party, but there's this series of videos of this guya who made a 3d level viewer, from which it would be so easy to get stills for the textures, which can be seen here:

Maybe you could add more stages with the rest of the 3d levels of the game? That would make for some awesome JP action!
Reply
Null-Entity2 years ago

Thank you so much for this.

As a child (now 34) I NEVER got this far in the original game as it scared he CRAP out of me.

This was superb. :D

Loving it! Thank you!

Any chance we can get a windowed mode? It's a little too big on my screen and i'd love to shrink it to a smaller window.

If you hold down Shift (Option on OSX) while starting, it should give you a dialog to run in windowed mode.

I really hate to say this but I hope this doesn't somehow get taken down for copyright.

Me too! Since no actual Jurassic Park trademarks are used afaik, it would be the current owner of the game copyright to take it down, originally Ocean Software. They've gone through a number of owners and I think currently Atari owns them. Since it's "just" the game copyright of a now defunct publisher, I think as long as it's under the radar it'll be fine. It's basically a fan game, not making any money, not infringing on major license trademarks.

As long as he keeps the Jurassic park trademark out of it and just calls it Visitor center it should be fine. Pretty sure nobody owns the copyright to "Visitor Center".

This game was SO MUCH FUN. I accidentally the whole game

This. is. amazing. Super glad you liked it! I'm going to a fix a few things before the final release that I learned from watching this great playthrough. Posting this was dangerous, it makes me want to make more content for this one ...

This is awesome! Learned a lot from watching you play.

Ya wasn't sure if the taser mechanic was used for anything? Didn't seem to be able to kill any dinosaurs with it.

It will it just has to be held on them for a bit. And then ultimately it doesn't kill them, [SPOILER REDACTED]. Last resort weapon. Better to find some shotgun ammo or rockets.

Needs strafe rather than rotate. Its just easier to play that way. I didn't make it far.

You can strafe if you use WASD or a gamepad. :D

WOW. I LOVED this game growing up. Can't wait to play!!! 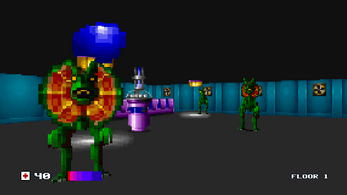 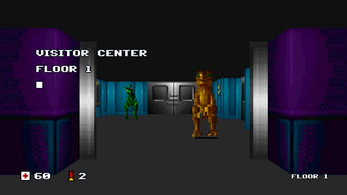 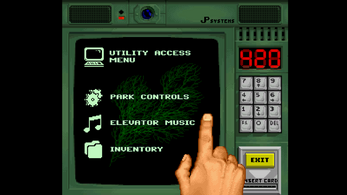 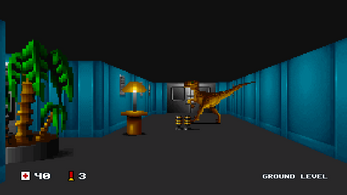 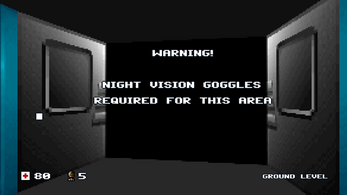 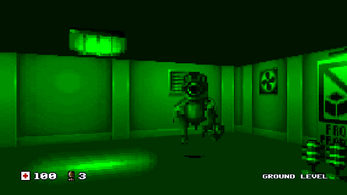 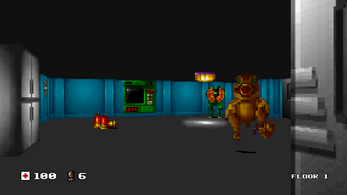 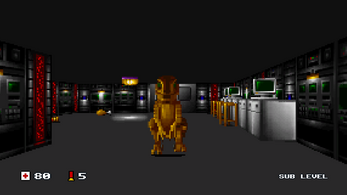